Top 5 lakes in Bavaria for photography

Top 5 lakes in Bavaria for photography

Here is a list of Photography top 5 lakes in Bavaria

Ammersee is a Zungenbecken lake in Upper Bavaria, Germany, southwest of Munich between the towns of Herrsching and Dießen am Ammersee. With a surface area of approximately 47 square kilometres, it is the sixth largest lake in Germany. The lake is at an elevation of 533 metres, and has a maximum depth of 81 metres. 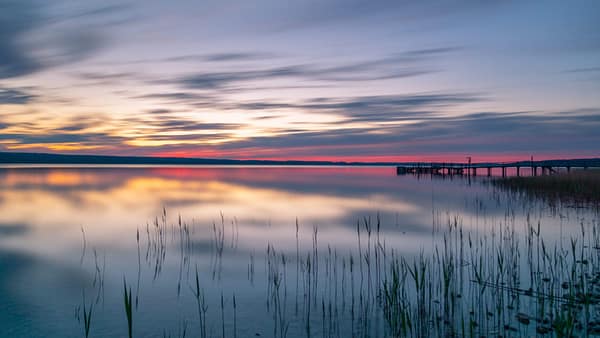 The area of Hintersee Lake and Ramsau are among the most picturesque in the Bavarian Alps. Artists and novelists discovered both sites in the 1800s and, later, film-makers chose this area as an idyllic setting for alpine majesty and pastoral romance.

The crystal-clear, deep blue and sparkling waters of the Eibsee, a jewel in the Werdenfels region, is delightfully embedded in the rocky landscape at an altitude of 1,000 metres. 2.40 km long, 850 m wide and up to 32.5 m deep (depending on the water level), it has eight islets dotted around its northern side.

Eibsee was created by a gigantic rock fall. With its clear, turquoise waters, it is quite rightly considered one of the most beautiful and purest lakes in the Bavarian Alps.
Eibsee is privately owned lake.

Almost directly next to the German Alpine road on the way from Mittenwald to Garmisch Partenkirchen is the small hamlet of Gerold on the Estergebirge , which can even call a small lake its own – the Geroldsee. It is also known as Wagenbrüchsee. A real natural jewel! If you don’t know that the small mountain lake is here, you won’t find it at all. In any case, it is not visible from the street.

The Königssee is a natural lake in the extreme southeast Berchtesgadener Land district of the German state of Bavaria, near the Austrian border. Most of the lake is within the Berchtesgaden National Park.