Where to see milky way in germany?

The Milky Way is the galaxy that includes our Solar System, with the name describing the galaxy’s appearance from Earth: a hazy band of light seen in the night sky formed from stars that cannot be individually distinguished by the naked eye.

When can I see the Milky way in Germany? 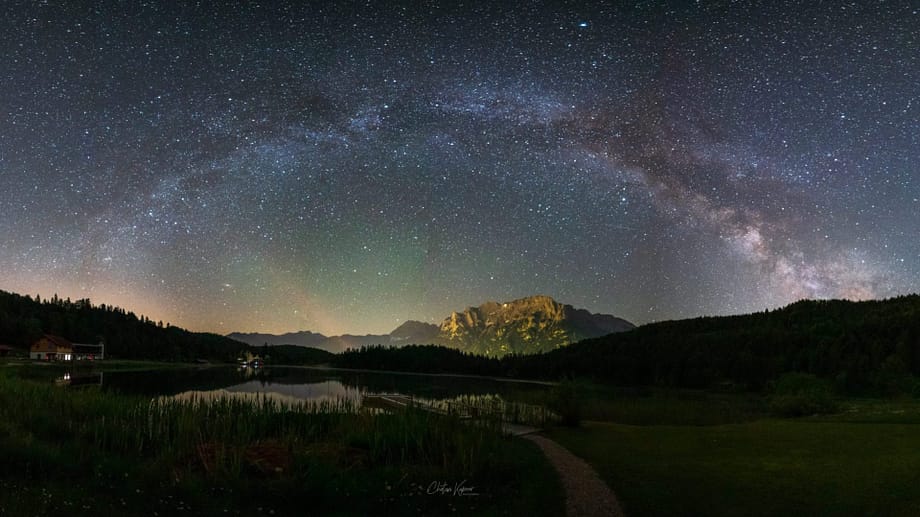 Where to see Milky Way in Germany?

Germany is located in central Europe with lots of light pollution. You will need to drive to some dark place. You can use https://www.lightpollutionmap.info/ to check the dark location near you. The darker the best. Choose from Bortle class 4 or less to see Milkyway core with the naked eye. Please allow at least 15-20 to adjust your eyes for the dark.

If you have an interest in taking Milky Way Photography Workshops please use this link to book one.
Milky Way Workshop

The Dark Sky Reserve consists of a mix of 750 square kilometers of public and private land within the park.

Winkl-Moosalm is located in Chiemhau Alps at 1200 meters altitude. It’s one of my favorite locations for stargazing. In Winklmoosalm you will have a 360-degree panoramic view.
In Winklmooslam there will be guided tours mostly in the summers. If you are interested in learning interesting facts about space, you should take a Public Star tour.For more information use this link:  https://www.abenteuer-sterne.de/oeffentliche-sternfuehrungen/

The UNESCO Biosphere Reserve Rhön is an international star park. The Rhön is not only impressive in daylight as a land of open spaces, but also at night. Located in the center of Germany and with a relatively sparse population, you can still experience natural night landscapes with a star-filled sky.

With its star-filled night sky, Eifel National Park qualified as a Dark Sky Park in 2014. Ten years after its founding, this large protected area obtained significant recognition from the International Dark-Sky Association (IDA). In 2010, together with the region, Cologne astronomer Harald Bardenhagen began preparations to establish a protected area for the night sky: “The Eifel National Park region is one of the few locations in Germany where it is possible to see the Milky Way with the naked eye.

2 Replies to “Where to see milky way in germany?”